Facing a growing tsunami of opposition across the country, proponents of nationalizing K-12 schooling through the Obama administration-pushed Common Core education standards regularly claim that the educational “reform” scheme is “state-led.” After all, they are called “Common Core State Standards” (CCSS), and the federal government is prohibited by the Constitution and U.S. law from meddling in what students learn.

The reality, however, is that the deeply controversial standards were almost entirely the product of billionaires, the establishment, Obama administration machinations, and an assortment of front groups and trade associations funded by Bill Gates and the federal government. Some 45 states have quietly adopted Common Core — largely owing to taxpayer-funded bribes and waivers from other federal mandates handed out by the Obama administration.

A Labyrinth of Corporate Interests in Common Core

This is a companion document connected to the video I made entitled Walking the Labyrinth of the Corporate Owned Common Core.

The following is the transcript of the narrative from that video. (Note: I’ve added additional items I forgot to mention in the video in italics, and have inserted NOTES with extended information on certain items, and provided a list of references at the end).

Hi. I’m Morna McDermott. It’s July 23rd 2013 and this is my overview of corporate involvement in the Common Core. Let’s start with U.S. Department of Education which funded, through grants and other funding, the Common Core via Race to the Top and handed it over to three major organizations: the National Governors Association, the CCSSO, otherwise known as the Chief Counsel State School Officers, and Achieve … who have partnered to disseminate, organize, manage or otherwise outsource the Common Core and the assessments that go with it.

INSERTED NOTE: I failed to mention that Achieve is funded in large part by ALEC-associated corporations including Bill and Melinda Gates Foundation, Boeing, GE Foundation, Lumina, Nationwide, and State Farm.(ALEC is an association created by “conservatives” (Paul Weyrich) in 1981 as a counterpart to the liberal, Rockefeller-spawned ACIR (Advisory Commission on Intergovernmental Relations); both organizations draft “model” legislation for use by state and federal legislators.]continued…

To further illustrate the corporate involvement in education, we offer this example:

Russlynn Ali, widow of the late Steve Jobs, is Managing Director of the Emerson Collective cited above.

The significance of the charter school/school choice issue is NOT related strictly to educational choice. It is related to acceptance of a communist system of governance where decisions are made by appointed, not elected officials. Appointed officials cannot be removed from office by voters/taxpayers. more… 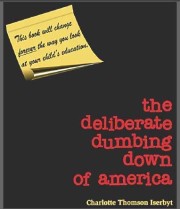 The most important thing to know about Common Core national standards is that these standards are NOT new to our government run education system but are just a renaming of an educational philosophy based on a “workforce training” education rather than a classical education where an individual gains knowledge in all subject areas so they can determine their own path in life.

Charlotte Thompson Iserbyt served as Senior Policy Advisor in the Office of Educational Research and Improvement (OERI), U.S. Department of Education, during the first Reagan Administration, where she first blew the whistle on a major technology initiative which would control curriculum in America’s classrooms.

Her inside knowledge will help you protect your children from controversial methods and programs. In this book you will discover:

-how good teachers across America have been forced to use controversial, non-academic methods

-how “school choice” is being used to further dangerous reform goals, and how home schooling and private education are especially vulnerable.

-how workforce training (school-to-work) is an essential part of an overall plan for a global economy, and how this plan will shortcircuit your child’s future career plans and opportunities.

-how the international, national, regional, state and local agendas for education reform are all interconnected and have been for decades.

Anyone who truly wants to understand why our nation has suffered a decline in education should read “the deliberate dumbing down of america.” This is a FREE download.

GLSEN has successfully lobbied Congress for legislation to force teaching of the LGBT agenda to our children starting in Kindergarten: In Congress: H.R. 5 – The Student Success Act This article gives the background

To amend the Elementary and Secondary Education Act of 1965, AKA: Strengthening America’s Schools Act of 2013   The legislation’s text promoting homosexuality begins on Page 694 of the massive school bill, over 1,150 pages.

Here is video of the discussion on this bill creating a defacto national school board by mandating federal guidelines for teacher evaluations based on student assessments, mandating Common Core standards (no longer voluntary), and adding MORE data points to the already massive list of data  collected on our children and stored on Google servers, and making Common Core mandatory… not voluntary.

A Gulen charter school is a publicly-funded charter school that was founded and is run by individuals who are secretly followers of a Turkish imam named Fethullah Gulen. Gulen’s followers are called Gulenists, and collectively they form a worldwide covert network called the Gulen Movement. The key defining feature of Gulen charter schools is that control of the schools’ policies and (most importantly) finances lies entirely in the hands of Gulenists. more…

The International Baccalaureate is an Non-Governmental Organization of UNESCO

The International Baccalaureate Program (IB) created by the United Nations Economic, Scientific and Cultural Organization (UNESCO) in now in more than 500 American public schools and the federal Department of Education is helping to fund it. UNESCO says, “the program remains committed to changing children’s values so they think globally, rather than in parochial national terms from their own country’s viewpoint.”  more… 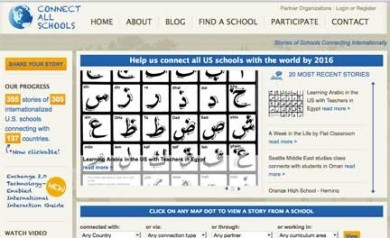 Muslim Brotherhood has joined up with the Dept. of Education

JERUSALEM – A Muslim Brotherhood-linked organization has partnered with the U.S. Department of Education and the State Department to facilitate an online program aiming to connect all U.S. schools with classrooms abroad by 2016.
Read more at http://www.wnd.com/2013/01/muslim-brotherhood-group-to-connect-all-u-s-schools/#3EcY66ckzEmsYfco.99

Connect All Schools is about connecting our children to the culture of other nations with Online learning. Connecting schools to fulfill Obama pledge The Qatar Foundation International, or QFI, in 2011 partnered with the Department of State and the U.S. Department of Education to facilitate matchmaking between classrooms in the U.S. and international schools through something called the “Connect All Schools” project.QFI, funded by the Qatari government, explains on its website the initiative was founded in response to Obama’s call in his June 2009 speech to the Arab world in Cairo, Egypt, to “create a new online network, so a young person in Kansas can communicate instantly with a young person in Cairo.”  more…

Education or Indoctrination: The treatment of Islam in 6th through 12th Grades: Textbook Reports by Publisher:

Brigitte Gabriel speech at the anti-Shariah conference about the teaching of Islam in our U.S. schools   YouTube version

ISNA, the Islamic Society of North America, is a front organization for the Muslim Brotherhood. ISNA is responsible for bringing Islam to all facets of the Common Core State Standards. Read their plan as documented in their Manifesto below:

The ISNA Core Standards document found below outlines not only their plan for Islamic schools, but for all parochial and Catholic schools as well.

Bill Gates Teams Up With UNESCO

On November 17, 2004 at UNESCO’s headquarters in Paris, UNESCO signed a 26-page “Cooperation Agreement” with Microsoft Corporation to develop a “master curriculum (Syllabus)” for teacher training in information technologies based on standards, guidelines, benchmarks, and assessment techniques. The Agreement states that the Syllabus will “form the basis for deriving training content to be delivered to teachers,” and “UNESCO will explore how to facilitate content development.”

Bill Gates initialed every page in his own handwriting. You can view it here…

UNESCO was formed with the intention to serve as the world’s schoolboard.

In 1945, UNESCO was created in order to respond to the firm belief of nations, forged by two world wars in less than a generation, that political and economic agreements are not enough to build a lasting peace. Peace must be established on the basis of humanity’s moral and intellectual solidarity.

UNESCO strives to build networks among nations that enable this kind of solidarity, by:

Mobilizing for education: so that every child, boy or girl, has access to quality education as a fundamental human right and as a prerequisite for human development.  (NOTE: HUMAN rights are given by man and can be taken away by man.  Our U.S. Bill of Rights confirms GOD given rights which are unailenable – cannot be taken away by man.)

This is a post about Bill Gates and his money, a brief audit of his Common Core (CCSS) purchases. 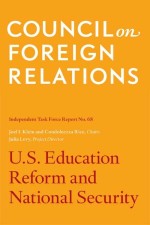 “Obviously there is going to be no peace or prosperity for mankind as long as [the earth] remains divided into 50 or 60 independent states until some kind of international system is created…The real problem today is that of the world government.”

“How far can the life of nations, which for centuries have thought of themselves as distinct and unique, be merged with the life of other nations? How far are they prepared to sacrifice a part of their sovereignty without which there can be no effective economic or political union?…Out of the prevailing confusion a new world is taking shape… which may point the way toward the new order… That will be the beginning of a real United Nations, no longer crippled by a split personality, but held together by a common faith.”