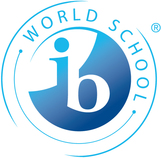 The International Baccalaureate Program (IB) created by the United Nations Economic, Scientific and Cultural Organization (UNESCO) is now in more than 500 American public schools and the federal Department of Education is helping to fund it. UNESCO says, “the program remains committed to changing children’s values so they think globally, rather than in parochial national terms from their own country’s viewpoint.”

The fact is, the building blocks of world government are being taught in a number of ways. There are several specific programs in today’s education curriculum designed to promote global government.

The International Baccalaureate is recognized as a NGO of UNESCO

“During the Reagan administration, the US dropped its membership in UNESCO, citing how corrupt it had become. Typically, the Bush administration just put us back in!”  “administrators do not tell you that the current IB program for ages 3 through grade 12 promotes socialism, disarmament, radical environmentalism and moral relativism, while attempting to undermine Christian religious values and national sovereignty.”

The UN-sponsored International Baccalaureate (IB)
Not only will American students be taught that allegiance to America, our governmental and economic systems, should be replaced by global citizenship, but the diplomas they are earning are just a “broken promise” of the education they should have received!

American children will be taught about the environmental scheme called “sustainable development” that, in reality, means blocking development for almost any reason because it requires using the Earth’s natural resources. They will be indoctrinated to accept the UN’s views on immigration, population, health, and other environmental concerns.

For those who like to profess that International Baccalaureate is NOT part of UNESCO/UN, this information is from their own sources and various web sites.

I have decided this is a good place to write about Gaia – the Earth Mother!

“Gaia” is the New Age term for Mother Earth. The New Age believers hold that the earth is a sentient super-being, kind of goddess, deserving of worship and, some say, human sacrifice.

For those who may have dismissed the notion of a UN Agenda for a New World Religion used to usher in sweeping anti-constitutional environmental agreements – read:

“The real goal of the Earth Charter is that it will in fact become like the Ten Commandments.” —Maurice Strong

“Do not do unto the environment of others what you do not want done to your own environment….My hope is that this charter will be a kind of Ten Commandments, a ‘Sermon on the Mount’, that provides a guide for human behavior toward the environment in the next century.” –Mikhail Gorbachev, The Los Angeles Times, May 8, 1997

The scientific investigation of the Gaia hypothesis focuses on observing how the biosphere and the evolution of life forms contribute to the stability of global temperature, ocean salinity, oxygen in the atmosphere and other factors of habitability.